this new thing from microsoft called the is pretty analogous to the amazing photosynth project. this time they give us views of space. they describe it like so:

a technology that combines feeds from satellites and telescopes all over the world and the heavens, and weaves them together holistically to build a comprehensive view of our universe.

calling it "worldwide telescope" actually minimizes what it does. interstellar or universal would be better names, imho. the video is really amazing and worth checking out.

is a bologna, italy-based electronic music group that makes great instrumental hip hop. the duo recently released an album called you open through , and followed it up today by releasing a companion ep entitled you open remixed. both projects are available as free downloads at the homework site.

our most excellent friend eriksolo (of ) contributed a track to you open remixed, along with , , and . you can check out the eriksolo remix here:

watch tv at work via IM

from crunchgear describes how you can set up your video-capable instant messaging app (ichat, yahoo messenger, msn messenger) to stream video to you from your tv. all you need is . pretty nutty. 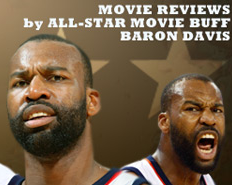 he's one dude that should have been in the all star game, but regardless, baron davis is not just a phenomenal baller, he's an accomplished movie critic. check out his blog as he ...

... AND THE BOOMSCAR GOES TO: Javier Bardem
This is one of my all-time favorite characters in a film. Period. Bardem was the epitome of a bad guy.

the future of 3d display is about to become awesome

posts a piece about inventer who has flipped around a wii remote and receiver, coded together some custom software, and published the stunning results as he has effectively transformed his monitor from a flat display into a window to another world.

you really have to see it to fully grasp how amazing this is going to be.

sounding reminscent of le tigre (a good thing), "tanya harding" is a raw, fun track that gets you excited to go see some live music this weekend. check out the coathangers on their . enjoy!

ipodhacker has a little demonstration of to 4th and 5th generation ipods. it could allow you to listen with wireless bluetooth headphones and just have your ipod floating free in your pocket. as a bonus they also have the thing in . (via, crunchgear.)

in case you didn't get to see wednesday night's lunar eclipse (february 20, 2008), i captured it in a time lapse. check it out and enjoy.

the music is "vampire (slight return)" from the album by ben wa ().

our buddy recently compiled his favorite e-40 tracks: 18 slappers that, in total, come in at just under 80 minutes (perfect for a cd-r). !

no depression magazine to stop publishing

everlast's "letters home from the garden of stone"

it surprises me that there aren't more popular musicians with songs that explicitly address the wars in iraq and/or afghanistan. there are a lot of anti-bush songs around, but not many that have much to say about what's going on in places where people are being killed nearly every day.

so, i wanted to make sure to point out this new everlast video. it's for his new song "letters home from the garden of stone." it's written from the perspective of a US soldier who is both proud and unsure of the rightness of his cause. i have a lot of respect for everlast in general, and i really appreciate that he was motivated to write and record this.

fmqb has posted a really good with peter rojas about . after you read it, check out some music from rcrd lbl artists , why don't you?

check out this fun video by the tampa bay-based rapper . the track is called "tell myself i'm happy," and it's reminiscent of the sort of self-effacing underground hip-hop that was at its peak in the late '90s. that's not to say that this track sounds dated at all … i love this kind of stuff, and i wish there was more of it being made right now. 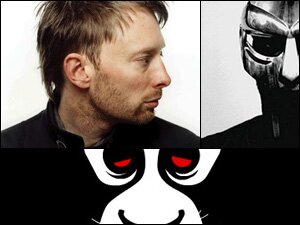 i enjoyed the thom yorke did on npr's all songs considered. he's got a lot of confidence and has pretty great taste. he did keep referring to mf doom as madvillian, though.

pretty exciting to see that . sounds like a total see-er.

brand new action coming at you! an insanely visual accompaniment to the undeniable track "throwing away broken electronics" makes you want to sing and dance, at the same time. watch for yourselves.


directed by . check out for brand new mmc downloadable tracks (every one of which is a banger), for the some people ep, for the tabe vinyl single, and of course sneakmove for some great mmc output of our own (split, minicomp2).

is a refreshing site for quickly and easily finding that song you've had in your head all day long. it's powered by listings, so if you want to see if there are other versions of the song that you input ("copacabana" came up with some tune i never heard before), that's a good place to look next...

telegraph.co.uk has a pretty nice list of great movie soundtracks, ranging from modern all the way back to the 50's. there are plenty i haven't seen, but from the ones i have, they're spot-on. one addition i'd argue for: . 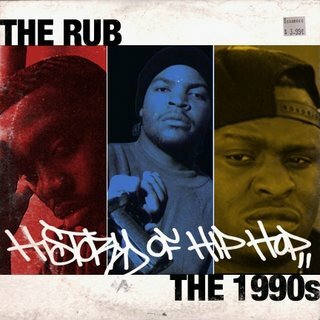 . it's the classic film that documents the early 80s graffiti scene in new york. i'm reminded of it because of the recent passing of its director, tony silver. sad news, but he leaves a great legacy with his work. if you haven't seen it, check it out. it's fascinating. (via daily swarm.)

check out (aka the independent comedy network), which launches today. they're launching with five new series, including , created by and starring our good pals jamie flam and jason betrue. woo hoo!

futureme.org lets you email your future self

the concept of sending emails to yourself in the future is about as old as email itself (we did this with snail mail when i was growing up), but regardless, this site is giving me a real fun creepy feeling today as i send myself warnings, bill and ted style. oh wait-they sent those to themselves in the past... now THAT would be a cool innovation.

drum-trikes. too retarded for words

kottonmouth kings drummer lou dog has been building funky low rider bikes that are also drum kits! is this the coolest thing.....no this is just dumb. take a look

video for gnarls barkley's "run" = awesome Awesome video! Except for my skin tight jeans, I'm getting tired of the retro 80's look. Did we forget how bad it was? worldwide telescope This demo has been around for a while now, must have "sneaked" past you guys. eriksolo on apes on tapes' new remix ep watch tv at work via IM baron davis, all star movie buff fun read. fun guy. glad he didn't run me over in the parking lot that one recent day. (it would have been my fault though.)