this is like the 12th best of 2007 link i've posted, i know, but this one seems pretty definitive. claims to be "cultivated from 648 lists (via our own submission form and largehearted boy's list)". fyi, largehearted boy's list is a list of hundreds of other lists. so the sampling size is huge and filled with people who probably have at least decent taste. that said, not many surprises near the top. 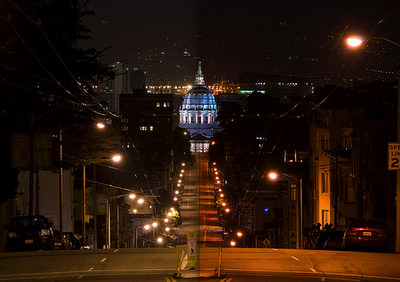 (firefox on the left, safari on the right)
i noticed that my flickr pics looked bland compared to what i was seeing in photoshop, and did some research. turns out that the current firefox only supports the (a common one but not as robust as some of the new developments) safari, on the other hand, is forging ahead with support for a variety of color profiles collectively known as . this techno-jargon doesn't mean much to me except that my photos look a lot cooler when viewed on safari instead of firefox. i'm sure they'll catch up

check what your browser is capable of with .

saw a great comedy show last week during the . hosted by (from mtv's , which i'm discovering most of my peers are too young to remember??? he's now hosting wired magazine's and pbs' show) and headlined by chris' band , it was a great event highlighted by performance. an imposing figure who stands out like that , reggie combines intelligent commentary, off the wall direction changes, a staggering control of his vocal cords and some catchy musical talent.

i dug up a video of him performing my fave song of the night, "fuck shit stack" - check it out.

"even it's not clear at time, way back in the days, the disco (dance music) and the rap was very close, produced by the same people and listen by the same people. as a dj, i'm very touched by all that kind of stuffs and the following mutations of each music. so, you can find here some rare groove disco, old school rap, electro, afro,... whatever ..?"

here's yet another 2007 best of list. this is one of my faves, though. has their in a list of downloadable tracks. hot hot stuff: alan braxe, lindstrom, sorcerer, sebastian, etc.

i'm still quite serious about the great brazilian music blog . here're some more faves i grabbed over there. you could be doing the same.

took a fun photo of the dj's setup last saturday night. check out his "rig" -- it's innocently sitting there on the left turntable. did anyone in 1998 envision we'd be able do do something like this? makes you wonder where we'll be in ten years more.

this is interesting. basically, you set back what netflix sees as your clock (in a cookie?) and it allows you more time to keep streamed video rentals. 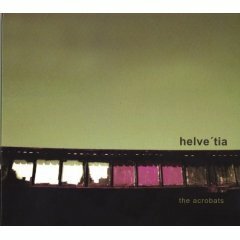 one of my favorite bands from the last 10 years was . beautiful and wholly original rock. i somehow completely missed the fact that the guys from duster formed new band called . their second album comes out march 1. it sounds great. (via, .)

check out the great sloppy melodic guitar blasts on this jam...

i was a little bummed to see that . seems like it might be better if they went out of business instead.

has an amazing post of their 150 favorite tracks of 2007. all tracks appear to be downloadable. good song overload. it's mostly songs with beats. busdriver is #1.

our excellent buddies meanest man contest are playing a show in los angeles this saturday (01-19-08) with languis. the dublab soundsystem will spin records between sets. triple awesome! details are below!

music provided by the soundsystem

you may be aware of the new wu tang . it's fine. pretty good, actually. the one track that i love, though, is an old dusty track that they dug from the vaults and put on the album. it's that irresistible good old sound.

here's part 1 of a documentary featuring , the pioneering british composer who did music for the tv series. he created one of the first electronic music studios. he says that he couldn't collect royalty payments for his electronic compositions because the performing rights society told him "it wasn't music".

digital downloads are killing off record sales? radiohead has a strong argument against that, as the this week. as you remember, radiohead put this album out digitally a couple months ago for a "pay as you please" price. proving the concept on the first attempt, don't be surprised to see a large shift in the way other major artists release their works...

our ultra good friend, , let us know about this genius competition/art project he worked on. it's called the and it's described thusly:

the crate digger death-match is an audio experiment wherein 12 different musicians attempt to create an entire album in under 12 hours using only $12 worth of cds, records, vhs tapes, or children’s toys as their instruments.

now it's time to vote for a winner. pick your favorite .

here's a song from bomarr's entry. bomarr "jack, the story of a cat"

is a great blog that covers all kinds of music. it runs a recurring feature called "i used to love h.e.r.," in which musicians and writers talk about their favorite hip-hop records. was written by sneakmove's best, best, best friend eriksolo (from meanest man contest) and is about redman's classic whut? thee album. check it out!

i found a list of artists and bands that got dropped by their major label last year. some real suprisers. no not really. bo bice?! of course he got dropped! but some of these other people i've never even come close to hearing of. stacie orrico? hedley? phase 9? check the list

there a cool video of , former drummer, playing drums. the man's sense of rhythm is pretty amazing.

this site called sends a long-winded query to google and returns results for songs in secret open directories. it's kinda hit-or-miss. sometimes you get song snippets or bogus files from weird foreign indexing sites. still, worth checking out.

has a list of the top 100 dance/electronic 12" singles of last year complete with samples for your listening pleasure. some interesting stuff that i hadn't heard of.

mark ronson on all songs considered

super producer mark ronson (amy winehouse, etc.) has an . worth checking out.

the second song from meanest man contest's "partially smart" ep was released today by rcrd lbl. the track is called "the tenderloin" and you can download it .

while we're at it, why don't we also listen to a meanest man contest track from last year? here's "one more song," from mmc's split cd collaboration with languis. woo hoo!

hype machine's top albums of '07 i know they probably spent a lot of time aggregating those lists, but i'm going to go ahead and overrule them. the radiohead and arcade fire albums are both super boring. the national are cool but the dude's voice is tiresome after a while. the best album award goes handily to lcd, who also put on an amazing show. also, having seen him/them with arcade fire, i can add that arcade fire fans tend to be assholes. great effort, a fantastic idea, and better luck next year. love, tim I agree about Arcade Fire. But are you sure you got the correct Radiohead album?