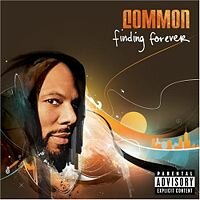 i was reading where a guy said common was the most boring rapper in the last 15 years. not sure if i can argue with that. there are probably about 5 songs that i really like, and then a bunch of other songs that are recorded battle raps and/or church songs over beats. that said, common's next album, finding forever is supposed to be really good and with production by mr. west and mr. dilla, along with guests like d'angelo (will he lose weight to be on the tour?), lily allen (will she?), and dj premier, it should be the perfect release timing to prime you to buy kanye's album. right kanye? john legend will probably drop three weeks later. either that or he will leave west's label for starbucks music. i bet paul mccartney pays better.
, by the isley brothers. listen for the sample used on , by common f. d'angelo